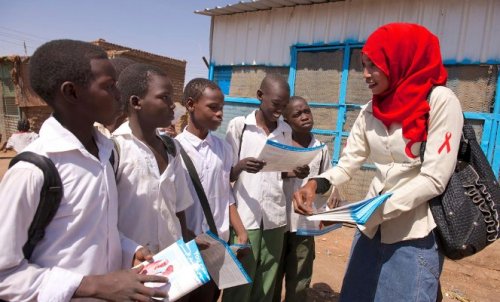 September 26, 2019 (KHARTOUM) –Sudanese government and the Global Partnership for Education (GPE) on Thursday signed a $ 59.7 million grant agreement aimed at improving the education sector in the country.

The grant agreement was signed by the Minister of Economy Ibrahim al-Badawi and the Minister of Education Mohamed al-Tom besides representatives of the UNICEF, European Union and the World Bank.

In a statement issued after the signing ceremony, al-Badawi said that the agreement comes within the framework of international solidarity for education stressing that this grant is made by the three international and regional organizations.

The minister said they look forward to furthering cooperation in the coming period with the international community, pointing out that social capital is based on education, health and social services.

For his part, the Sudanese education minister praised the important support made by the three donors for the education in Sudan.

GPE is a multi-stakeholder partnership and funding platform that aims to strengthen education systems in developing countries in order to increase the number of children who are in school and learning.

The international organisation which works in Sudan since 2012, says its interim strategic plan for Sudan aims to create a distinctive education system based on science and values, with an emphasis on improving the access to school, the quality of the education being received, as well as a strengthening of the country’s educational system.

The World Bank has stopped providing financial assistance to Sudan since the 1980s, after the latter defaulted many times on its external debt obligations, but the global financing institution has continued to provide technical assistance to the east African country.

The IMF stated in its December 2017 report that Sudan was eligible for debt relief under the Heavily Indebted Poor Countries (HIPC) plan – an IMF and World Bank initiative launched in 1996 to help poor countries struggling with external debt obtain debt relief.