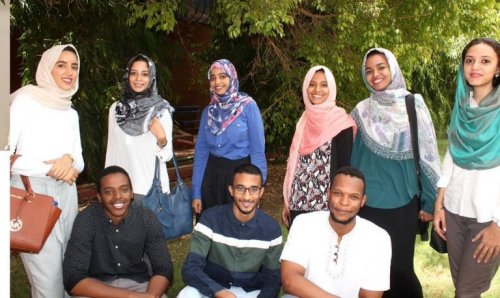 March 15, 2020 (KHARTOUM) – Sudan on Saturday has ordered the closure of schools and universities for a month and restricted mass gatherings to slow the spread of the coronavirus.

On Thursday, the health ministry announced the death of a Sudanese patient diagnosed with the coronavirus after his return from the Arab United Emirates. No new case has been announced on Saturday.

The health authorities have not announced records of any new case, amid fears that medical facilities will not be able to contain the epidemic as it spreads.

But an interministerial committee suggested preventive measures to avoid the spread of the respiratory disease pointing that the country has no means to face a huge health crisis caused by the virus.

“Based on the recommendations of the Higher Committee to address the Coronavirus pandemic, the cabinet decided to close universities and prevent gatherings,” said the government spokesman, Faisal Mohamed Saleh, in a statement on Saturday.

After an extraordinary meeting on Saturday, the cabinet decided “to close all colleges and higher institutes, in addition to closing schools and childcare facilities for a month, in addition to postponing the Certificate of Primary Education Examination.”

Faisal confirmed their intention to evacuate the Sudanese stranded at the crossings with Egypt, after closing the borders with it, while establishing temporary isolation centres.

The spokesman also said his government works to evacuate Sudanese stranded at the border with Egypt after the border closure adding that they will be quarantined in temporary isolation centres.

The Minister of Religious Affairs on Saturday announced a series of measures aiming to reduce the time spent by worshipers in the mosques and churches.

The Ministry of Youth and Sports also decided to hold sports matches without spectators and postponed championships, conferences and youth events, and the activities of swimming federations.
Some hospitals in Khartoum have decided to prevent visits to inpatients.